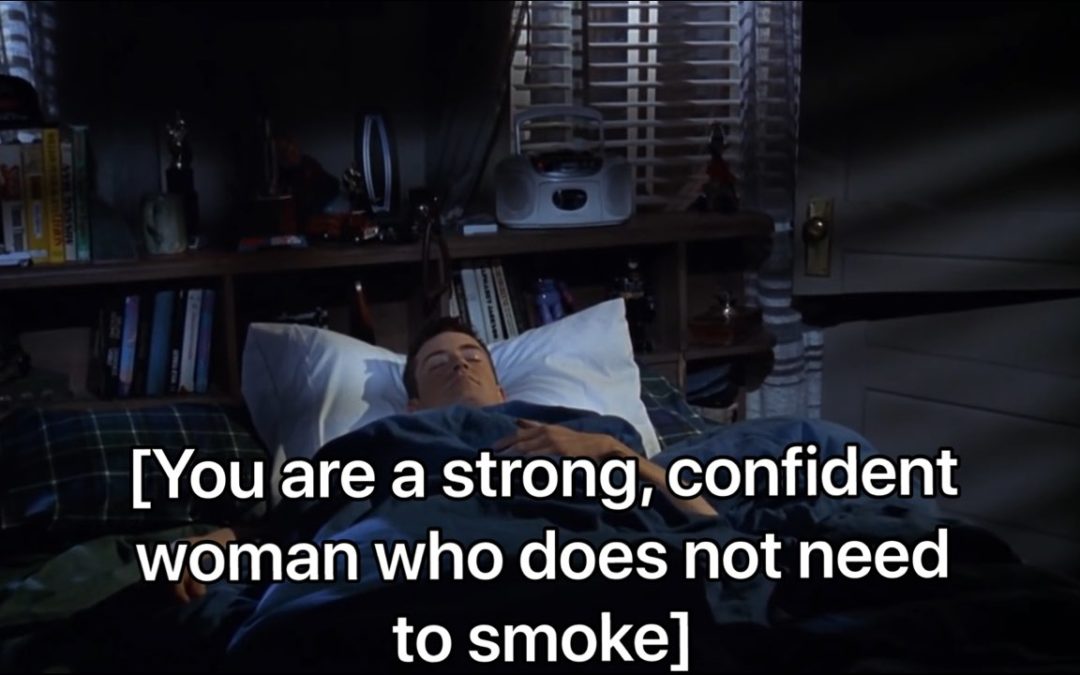 Every generation seems to have its own pop cultural reference points for talking about hypnosis. But what of the sub-niche of self hypnosis audio?

In the Noughties, hypnosis was largely associated with Little Britain’s Kenny Craig (‘Look into the eyes, not around the eyes‘, etc.)

But before this, self hypnosis audio had mainstream exposure in an episode of the sitcom Friends (‘The One with the Hypnosis Tape‘). Many clients of my generation mention this as being the first time that they ever really heard of or thought about the idea of self hypnosis.

In the episode, the character Chandler, a recidivist smoker, borrows a smoking cessation hypnosis tape (that format alone dates it!) and listens to it as he falls asleep. 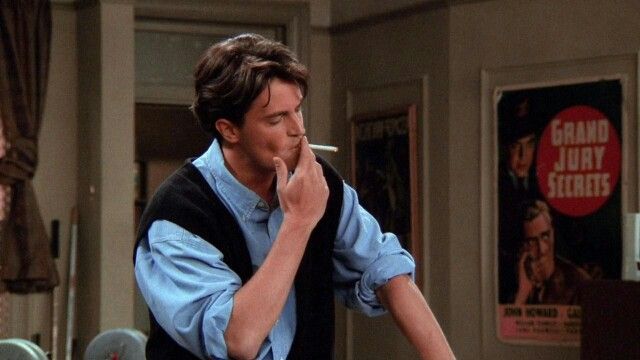 The source of the comedy is that the suggestions were all written for a woman and repeatedly link being a non-smoker with being a ‘strong, confident woman’. Chandler then begins to adopt more stereotypically feminine behaviours in his waking life, unaware of the true cause of this new behaviour.

Self Hypnosis Audio as a Powerful Tool

It is interesting that, comedy aside, the underlining message of the episode was that hypnosis and, specifically self hypnosis audio, does actually work. In fact, in Chandler’s case it worked a bit too elegantly and well!

When I did one of my LBC Radio phone-ins a few years back, I remember one of my favourite presenters Clive Bull discussing how he had personally experienced sleep problems before, purchased a hypnosis audio and it solved the problem.

This is not surprising since the use of self hypnosis audios and hypnosis MP3s is far more prevalent than many think. It’s just that people usually don’t talk openly about the experience.

I think this is because using such a tool is usually quite a private matter and there are two layers to this. Firstly, the issue being worked on may be sensitive and, secondly, using a ‘hypnosis tape’ is probably not typical ‘water cooler’ conversation. To avoid being judged for either aspect, most people just keep the practice to themselves.

Hypnosis Audios as a Secret Ingredient

Another reason people keep their self hypnosis audio practice private is that they want to keep it as ‘their thing’.

Once a person recognises and experiences how powerful self hypnosis CDs and hypnosis MP3s can be for personal development, some don’t want to share such tools with peers or colleagues they either have or see as competitors.

It becomes part of their secret recipe for success, so they don’t discuss or share it.

It is this group that frequently chooses my custom hypnosis recording service and builds up libraries of highly tailored audios for regular use. This may often be combined with more detailed online hypnotherapy as required.

Experiment With Self Hypnosis Audios

I always encourage people to experiment with self hypnosis recordings especially if they are considering hypnotherapy but are not sure if it is for them.

Whilst custom hypnosis audios are the most effective and best value option for those serious about making real changes, there is lots to be gained from exploring generic, pre-recorded audios too.

If you find such a hypnosis CD or hypnosis download enjoyable and useful, then you can upgrade to something more tailored for even greater results.