Custom hypnosis recordings are growing more and more popular as a tool to achieve changes in mindset and behaviour through hypnosis.

This is because they already come with all the advantages of hypnotic audios generally, which have been a popular trend in hypnotherapy for many years. They allow you to listen to audio files scripted by a professional hypnotherapist and work towards your goals without even having to leave the comfort of your home.

A custom hypnosis recording takes this exercise a step further and is built specifically for you. I tailor each client’s hypnosis MP3 using information provided about their personal history, preferences and thinking styles. 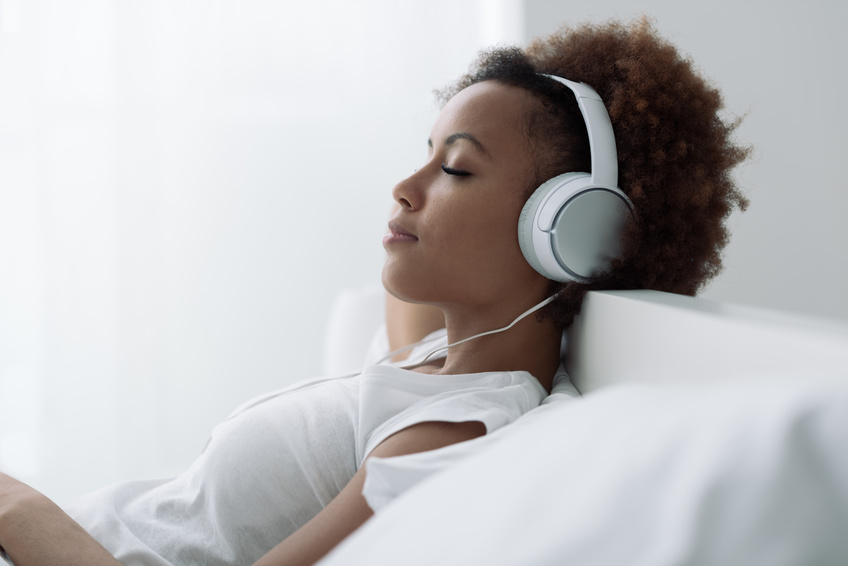 The use of hypnotic recordings developed as a natural progression as audio technology enabled clients to be guided into the hypnotic state without a hypnotherapist being present.

Firstly, this became a useful ‘bonus’ tool for many in-person hypnotherapists who would give their clients either a pre-recorded audio to listen after / between sessions or record the actual session itself and then provide this later as an audio.

Secondly, it produced a market for pre-recorded hypnotic audios, originally on analogue tape, then CD and now as digital MP3s.

When developed by skilled therapists, these products can often be nearly as effective as private hypnotherapy sessions on a professional’s couch. What takes them to the next level, frequently surpassing what can be achieved from in-person sessions, is the use of custom hypnosis recordings.

As an experienced Clinical Hypnotherapist, I have used hypnosis to assist thousands of clients to make positive changes. I’ve been using such deeper-level techniques in my personal development work for over 17 years.

From a decade providing hypnotherapy on London’s famous Harley Street to now being focused almost exclusively on online hypnotherapy, a core component of my approach has always been the use of hypnotic audio.

My online approach and custom hypnosis recordings now mean I can help numerous clients from around the world to make progress in resolving personal issues and achieving their goals. These include – but are not limited to:

Custom Hypnosis Audio Designed For You

This is a professional custom hypnosis audio service from a clinical hypnotherapist and mindset specialist with over 15 years experience:

You can order your custom hypnosis recording for only £250.

This website uses cookies to improve your experience while you navigate through the website. Out of these cookies, the cookies that are categorized as necessary are stored on your browser as they are essential for the working of basic functionalities of the website. We also use third-party cookies that help us analyze and understand how you use this website. These cookies will be stored in your browser only with your consent. You also have the option to opt-out of these cookies. But opting out of some of these cookies may have an effect on your browsing experience.
Necessary Always Enabled
Necessary cookies are absolutely essential for the website to function properly. This category only includes cookies that ensures basic functionalities and security features of the website. These cookies do not store any personal information.
Non-necessary
Any cookies that may not be particularly necessary for the website to function and is used specifically to collect user personal data via analytics, ads, other embedded contents are termed as non-necessary cookies. It is mandatory to procure user consent prior to running these cookies on your website.
SAVE & ACCEPT